Get fresh music recommendations delivered to your inbox every Friday.
We've updated our Terms of Use. You can review the changes here.

from Patches by The Weber Brothers 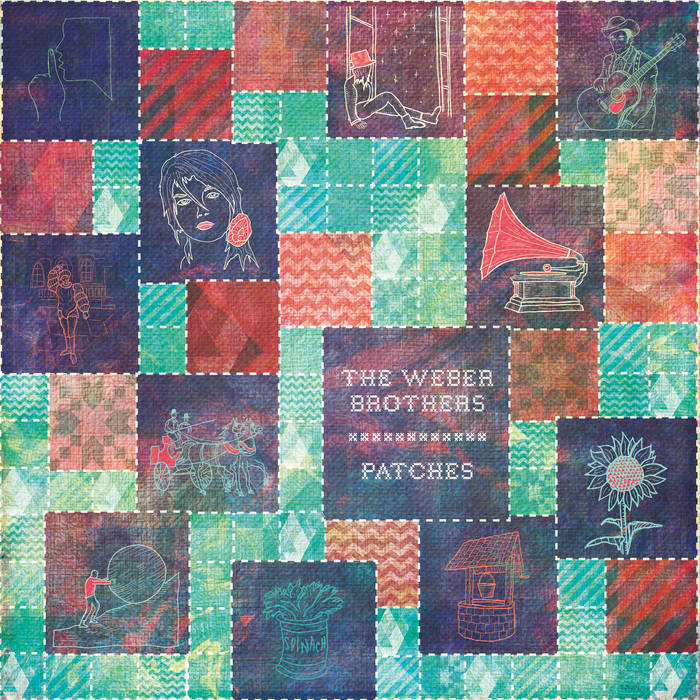 James McKenty was just getting his new studio up and running....he hadn't recorded a full band in there yet. We contacted him right around this time and told him we had a tune we wanted to record. He was concerned somewhat about recording full bands there because of his neighbours and the noise level. He wanted to give it a try and hope for the best. We brought our 6 piece band in....he got us all set up. I don't think he had heard the tune yet. He positioned himself at the controls, the way he's set up in there his back is turned to face his mixing board when you are recording. He said, "ok we're all good to go....whenever you're ready" and he turned around. We launched into this song and played it straight through, 1 take....it was ferocious, loud, power....just like it sounds. I remember we did the sharp cut ending, and James slowly spinned around in his swivel chair to face us. The look on his face....priceless.

It was a good one to gauge his neighbours reaction on to be sure. He is recording full bands in there all the time now.

Tight lip tight grip
Make him do a backflip

Stands at the door
Stares at the floor

He better sit down, shut up
Let you do your makeup

Can't speak to him
Could hear a pin

Insults, ridicule
Always made to feel the fool

Consumed, dread and doom
Little Joe sits in his room

Pointed at, laughed at, perpetually outcast
Push him 'til his brain so twisted finds a way he knows they'll listen

Nothin' to lose
Got his face on the news

His fault, your fault
Laid out like the gospel fact

Open your eyes
Storm on the rise

They said it's bullshit untrue
Convoluted point of view

Take the bait, feel the hate
Sprouting up inside of you

Type fast, verbal blast, you got to get the word in last
Raise your hand to make a fist your daughter's tugging at your wrist

This way that way
Everything in disarray

Watch your mouth, what you say
Who's side are you on anyway

Smiling so sweet
Blood at their feet

Concrete cement
Step out of line look what you get

Blood let rivulet, setting up the parapet
Foiled from the outset cause everyday is judgement

Laid down on you
Since you were two

But on the news feed, need to bleed
Suffering and heartless greed

Back and forth, page to page
Petrol on your inner rage

Fear this, doubt that, stand clear, stay back
From everywhere they've got you snookered, hotter than a pressure cooker

See the divide
Burning inside

Meanwhile on the street
Hotter than the summer heat

Tension ninety-eight degrees
Tired of being on their knees

Held down kept down, shown that they don't have a voice
Know your place cold case you don't have any other choice

And it's so tense, so dense
Anything could set it off

Payback from way back
It's ready for the take off

Blackjack dealer deal the cards it's retribution swift and hard
Call the mayor, call the bard, put a call into the national guard

Prime to ignite
Who's got a light?

Stay home, close your eyes
Why you lookin' so surprised?

Clingin' to your four leaf clover now that shit is boiling over
Best to run and take some cover, let you know when this blows over

What is all this?
All of this started with

Bandcamp Daily  your guide to the world of Bandcamp

Semiratruth joins the show to discuss their latest release, "loading..".